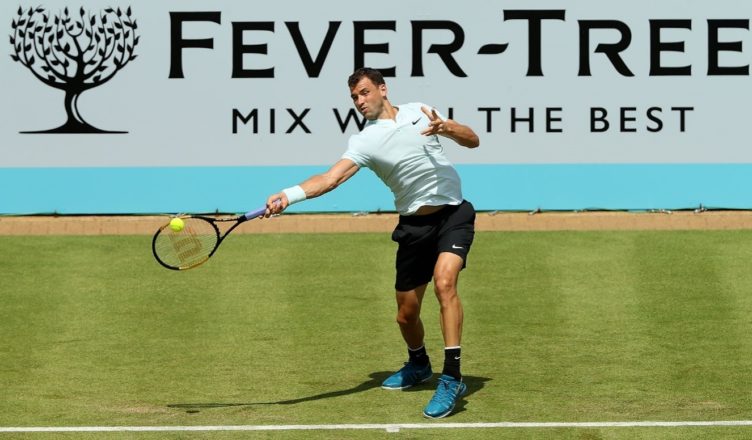 Tennis at the prestigious Queen’s Club in London is synonymous with a quintessentially British day out.

The 2018 Fever-Tree championships, formerly the Aegon Championships, delivered an exceptional display of tennis from the world’s elite male players as the sun shone down gloriously and strawberries and cream were consumed in huge quantities.

As with preceding championships at Queen’s,several big names in the sport played their Wimbledon warm up tournament in the splendour of the 1886 built club; the world’s first multi-sports centre. Tennis at Queen’s Club invites guest to luxuriate, enjoy state of the art facilities, fine dining and networking opportunities, and is perfect for private guests or corporate hospitality.

The sponsor, Fever-Tree, was established in 2003. The company produces mixers which enhance drinks. As they point out, when ¾ of the drink is tonic, the tonic should be special.

The brand compliments the finesse of the tennis at Queen’s Club.

Many tennis hospitality guests prefer the intimate and informal Queen’s Club to the iconic, commanding and extensive All England Club, the home of the Wimbledon Championships. Fever-Tree Championships hospitality packages are available from specialists including DTB Sports and Events who have created packages for tennis at Queen’s Club for several years and have an excellent working relationship with the venue which allows them to deliver the best of everything at an attractive fee.

Create positive memories by interacting face to face with friends, acquaintances, family or business associates. In our increasingly digital world the value of spending time with people, sharing a common interest, has escalated. Return on investment is gratifying and you’ll stand out from the crowd, for the right reasons.

From the sight of Damir Dzumhur sliding under the net mid-point against Grigor Dimitrov to the longest final in the championship’s history between Marin Cilic and Novak Djokovic, the event surpassed expectations.

Cilic claimed the 2018 singles title 5-7, 7-6(4), 6-3. Sadly, a post injury Sir Andy Murray made an early departure after a 3 set 1st round match with Nick Kyrgios; Kyle Edmund, current British number 1, went out to Kyrgios in the 2nd round.

By summer 2019, with the tennis tour back on grass and in the UKwe can cross our fingers that Andy Murray might claim his sixth Queen’s Club title (and a third Wimbledon trophy) and as Kyle Edmund is enjoying career high world rankings, he shouldn’t be overlooked for the title. Of course, Cilic, Djokovic, Verdasco, Dimitrov and Wawrinka will want to stop them from doing so, but will they succeed? Be there courtside, in the best seats available and with an array of hospitality perks, to find out.