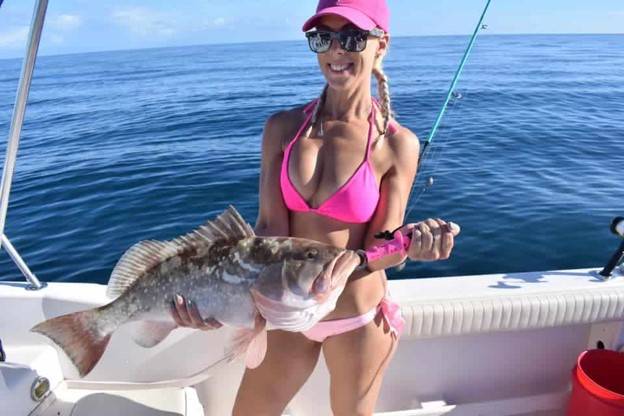 The debate over saltwater vs. freshwater has been ongoing for quite some time. Blogs and forums will give you a lot of mixed responses. You’ll need to have different equipment if you fish in saltwater and freshwater. Below are some details about each type.

Freshwater is the preferred choice for most anglers. It’s cheaper than fishing in saltwater. A decent fishing rod, line, and hook are essential for beginners. Fishing can be done from bridges over streams or rivers, lakes or ponds, and even from boats on lakes. Even if you don’t catch anything, it can be very relaxing to fish in freshwater.

Unless the water has been stocked with other types of fish, the fish you catch in freshwater will vary depending on where you live. These are the most common fish you will find:

A good rod and reel will give you the best results. If you have to deal with fish struggling on your line, you will want a reel that won’t break. You might also need bait spinning, bait casting, and telescopic reels. You can use both live and artificial bait. The most popular ones are minnows and crickets.

Saltwater fish are typically larger than their freshwater counterparts so you will have to fight to catch them. This will make fishing and reeling more challenging, but it will also be more fun.

You should be aware that any of these fishes you are able to catch will fight. This is why saltwater fish fishing is so beloved.

Equipment that can withstand strong ocean currents, harsh weather and other elements is essential. You can choose between a shorter rod to increase your power and a longer rod to allow you to cast farther distances depending on how you intend to land your fish. Trolling, bait casting, spinning and jigging are all important parts of your tackle.

You should also have the standard equipment to fish, such as a gaff or nets that can handle any fish found near your boat. You should consider that ocean currents will be stronger than freshwater ones, so make sure you get the best equipment. Also, make sure you are protected from the sea spray.

There are other differences between saltwater and freshwater fishing

The biggest difference between the two is the size of the fish. A blue marlin can be caught in saltwater and measures 14 feet in length. It weighs 1,900 lbs. Freshwater fishing will only allow you to catch fish up to 3 feet long and as much as 16 pounds. Freshwater fishing will bring you fish such as trout, catfish, and bass. Saltwater could bring you a shark or an octopus.

You’ll have a great time fishing in saltwater or freshwater. It’s a good idea for you to try each one and find what you enjoy the most. You might end up liking them both equally.