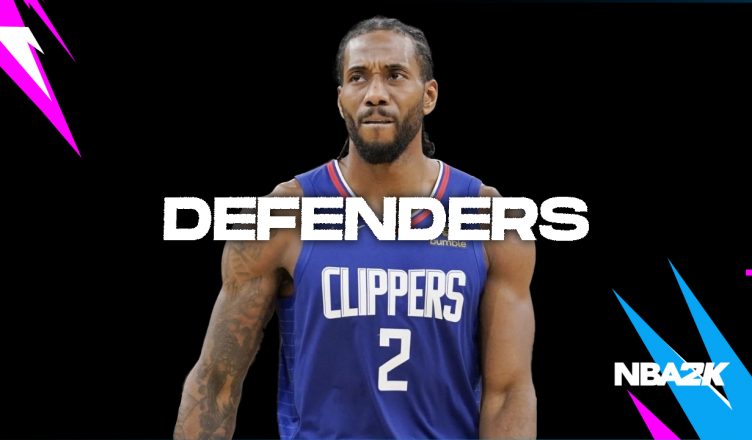 Description: Having your defense ready is key to success in NBA 2K21. Here are the best men for it.

Being good on offense is great, but being able to defend your basket well is key to winning games. Defense is divided into a number of different categories in NBA 2K21. Here are the best in each area of ​​MyLEAGUE.

We will start with the best on the inside. These tend to be big men, like centers and tall forwards, whose job it is to defend in and around the basket.

Anthony Davis (97 OVR). The best inside defender in NBA 2K21 is Los Angeles Lakers center Anthony Davis. The Brow has been on fire since he joined the Lakers in the preseason and, with a tempting pairing with Nikola Jokic and the Denver Nuggets in the Western Conference Finals, that defense will be key to any Lakers success.

Rudy Gobert (96 OVR).The NBA’s best defender award may have been missed three times because of Giannis Antetokounmpo, but Rudy Gobert is still an absolute beast in 2K21! With an interior defense of 96, it will not be easy to leave the French pivot!

Brook Lopez (92 OVR). The latest player to close out the TOP 3 of inside defenders in NBA 2K21 is Milwaukee Bucks man Brook Lopez. Lopez is one of the most versatile men in the game. He can shoot 3-pointers better than most men his size, but he can still do old-school defensive duties.

On the other hand, being able to defend on the court is obviously important, but it is possibly more important to defend well from the center. Stopping those potential 3s can make all the difference when it comes to those tight quarters. Here are the best defenders around the perimeter.

Kawhi Leonard (OVR 97). There won’t be another NBA ring for Kawhi Leonard this season, but there’s no question of his defensive prowess. Last season’s Finals MVP is the highest rated perimeter defender in NBA 2K21 and with some insane offensive attributes, we imagine many will choose to use him in the game.

Giannis Antetokounmpo (OVR 95). He’s up there with the best inside defenders in the game, but he’s even better when it comes to defending the perimeter! The Bucks’ season came to a disappointing end at the hands of the Miami Heat, but it was another fantastic season for Giannis on a personal level, picking up a second consecutive MVP award as well as a first award for best defense.

Jrue Holiday (OVR 94). He may only have an 83 PIR in NBA 2K21, but Jrue is in the TOP 3 in terms of best perimeter defenders. Given the relatively low valuation of him, Jrue can be someone interesting as a cheap option to help out when running on defense.

If you are enjoying NBA 2K21, don’t forget you can buy NBA 2K21 MT coins on MTStacks store!

(Contributed by GB; Edited by Hermes_Fang)